Chapman Freeborn Airmarketing GmbH has restructured the passenger business in Cologne and appointed Frank Mattern as Manager Private & Commercial Jets D-A-CH. Under his leadership, Frank will manage VIP and Executive Charter products as well as developing and expanding charter flights for MICE groups for Germany, Austria and Switzerland.

Frank Mattern took over the management of Chapman Freeborn’s German passenger division on the first of January 2022. He has worked at Chapman Freeborn for three years as a passenger charter broker. However, Frank Mattern has been active in the aviation industry for over 15 years. He has gained a broad knowledge in different areas such as airline handling, tour operators and e-commerce for business travellers, which he can optimally use for his new position at Chapman Freeborn. 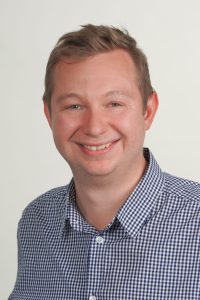 “I am very excited to take over this role and to continue the growth and establishment of the passenger business for the regions of Germany, Austria and Switzerland. In addition, we would like to further strengthen our team. The past months have been very challenging for everyone, but we continue to see positive developments and a significant increase in bookings, especially in the commercial jet segment. “

“In the past three years Frank has worked as a passenger charter broker and demonstrated his ability to lead the team. He has contributed significantly to the success of the passenger department and enriched the team with ideas, hard work and a positive team spirit. For this, we would like to thank Frank and wish him all the best and much success in his new role.”

At Chapman Freeborn, our focus is on providing personalised service to our clients to offer customised flight solutions. Get in touch with our team today to discuss your charter flight paxde@chapmanfreeborn.aero or call us: +49 2203 955 7620

At Chapman Freeborn, our colleagues are our greatest asset. Not only are they excellent at their jobs – wherever that may be within the business – but they are all passionate about aviation. In our new blog series, we are speaking to people across the Chapman Freeborn Group, finding out where their specific passions and interests lie.

Dubai: Luxury golf holidays in the city of superlatives.

Fly to the United Arab Emirates with Chapman Freeborn and discover a world of wonders! Exclusive buildings, majestic skyscrapers and luxurious marinas: luxury belongs to Dubai like camels belong to the desert. Rich in culture and attractions, luxury is redefined here. A holiday in the up-and-coming emirate on the Arabian Gulf offers year-round sunshine, pristine beaches and clear waters.

In August Chapman Freeborn flew Danish elite football team HB Køge for their qualifying match in the UEFA Women’s Champions League. This month they are proud to have flown them again, this time for their group stage match against Arsenal.