Last year Chapman Freeborn demonstrated the lengths they will go to in order to make even the trickiest of flights happen. The client, an oil company, urgently needed to get 50 of their workers from Africa to Europe but hit a wall when all borders were closed and no scheduled flights were available due to the COVID-19 pandemic.

There were only a few of the oil company’s hubs accepting charter flights, one of which was Paris.

But how would the passengers get there when they were situated in Africa, where all the borders were closed? 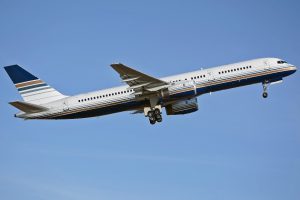 The client called upon Chapman Freeborn, knowing their reputation for managing challenges especially when there are obstacles in the way.

The most prominent of these obstacles was obtaining diplomatic approvals for the flight to happen, as without this travel was not permitted as borders were closed.

With only three hours to spare, Chapman Freeborn worked closely with the client and the government to achieve getting the charter flight signed off personally by the President.

To receive the landing permits Chapman Freeborn also organised COVID-19 tests for all of the operating crew. This ensured the safety of everyone onboard; crew and passengers alike.

By navigating around an almost impossible travel climate, Chapman Freeborn safely transported the 50 oil workers across two continents in a Boeing 757 in the midst of a global pandemic, ensuring there was no lost revenue at the oil rigs.

Every potential bride or groom wants to make their proposal a part of their love story forever. Couples are adding private charters to their wedding plans now more than ever.

What does it take to be a Chapman Freeborn air cargo broker?

At a moment’s notice, our brokers are analyzing all of the criteria for your shipment.

Many people are wondering how the current unstable climate with Brexit and COVID-19 is impacting upon the air freight industry; are there backlogs and delays? Are we seeing any supply chain issues? We are addressing these points to explain what the current situation is with air freight.